The Met is excited to announce the release of more documents from its collection of Ernst Herzfeld Papers. In November, the department of Islamic Art released 200+ drawings and watercolors of Samarra Finds made by Herzfeld after his 1911-1913 excavations at the site. These can be accessed through the Watson Library’s digital collections website.
The most interesting thing about these documents to me is that they give us an idea of Herzfeld’s working process. We know from extant photographs in the Archives of the Freer and Sackler and at the Met that Herzfeld photographed many of the fragments of wall paintings and carved stucco wall ornament he found on site. He also made watercolors of them in sketchbooks, either on site or perhaps after he left. One sketchbook is at the Met, not digitized yet, under the inventory number eeh1672.
At some point, Herzfeld also made sketches of the fragments on individual sheets of paper (both tracing paper and thicker, construction paper). He would cut these out to replicate the shape of the fragment, sometimes piecing them together to form reconstructions by gluing them to a larger piece of paper.
Many of these cut-outs and reconstructions eventually became color prints in Die Malereien von Samarra.
Another exciting aspect of the digitization of this material is the potential to compare Herzfeld’s sketches and watercolors to the real fragments virtually. Now that the V&A has its painting fragments online and the British Museum and Museum für Islamische Kunst in Berlin are following suit, it will be possible to put a sketch and a preserved fragment together side by side, in color, on one’s desktop.
Take a moment to compare the Met’s sketch eeh1111 to its plaster counterpart at the V&A, a fragment with the accession number A.36-1922, shown below. It is interesting to note that Herzfeld's drawings, while mostly accurate, cannot replicate something elusive about the Samarra Wall Paintings, which I would describe as a carefree approach toward line: outlines blur and cross over one another in an almost impressionistic manner in some of these fragments. 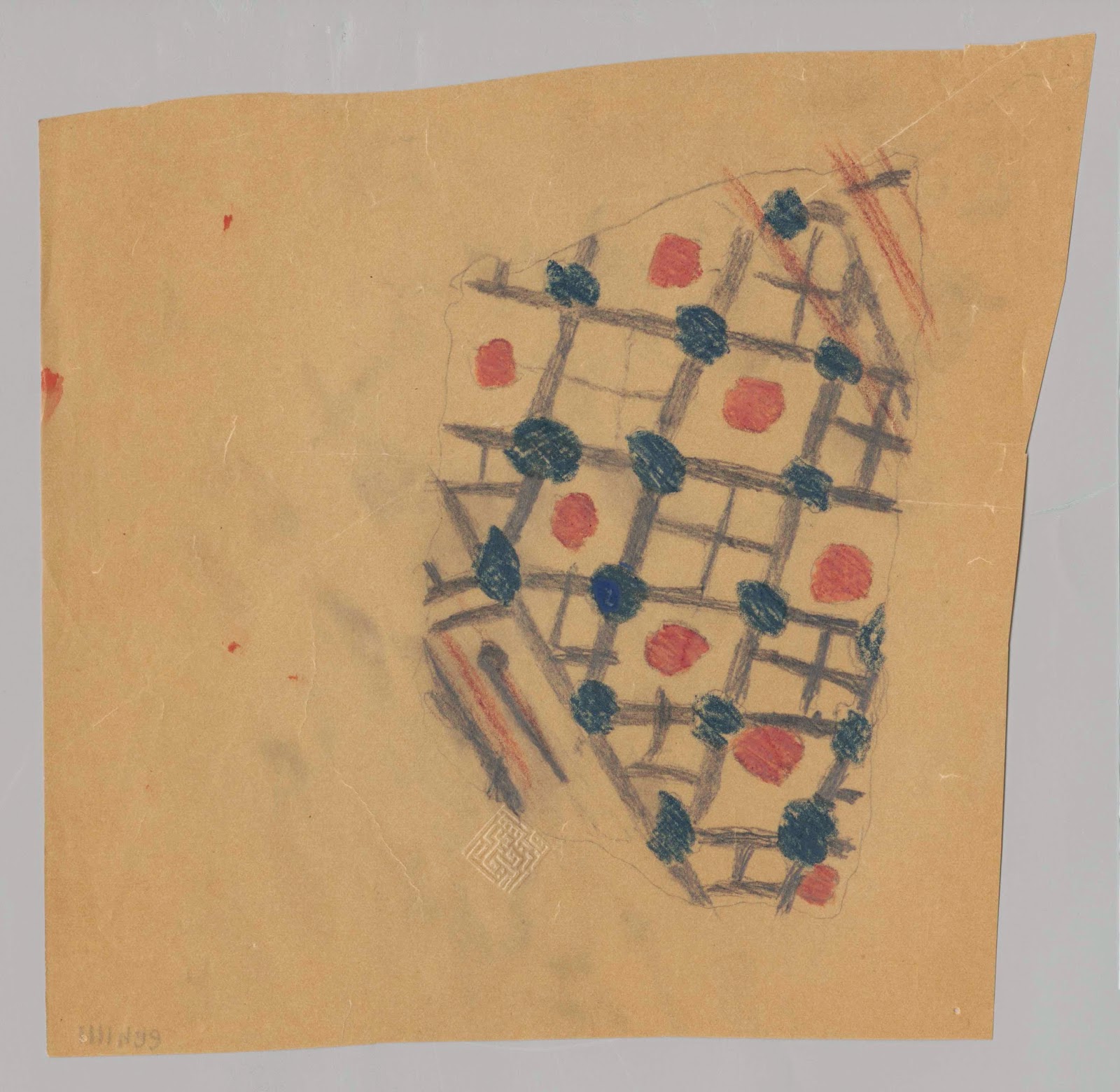 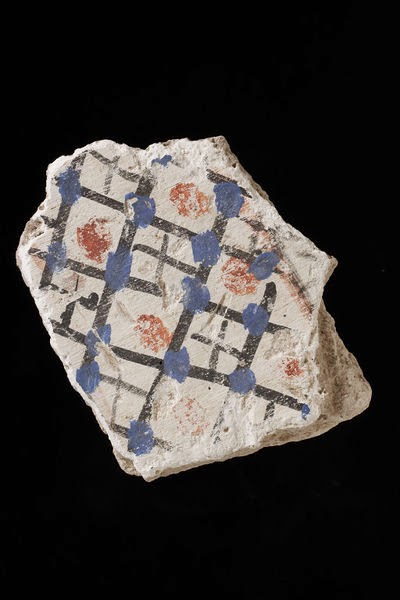 We hope to have another batch of Samarra Finds documentation out soon: this next upload will feature a series of sketches of carved plaster architectural panels.